The Stratford Adventure of Adrian & Tiddlywinks

Click here to buy The Stratford Adventure of Adrian & Tiddlywinks

A mouse and a ten year old boy backstage at the Stratford Shakespearean Festival.
What could go wrong?

THE STRATFORD ADVENTURE OF ADRIAN & TIDDLYWINKS by John Sullivan Hayes is a perfect children’s chapter book for ages 8 to 12 especially if they have an interest in acting and the theatre. Adults will also learn some behind the curtain secrets that only those who actually work in the theatre know.

It is a great adventure story for children. The young reader learns about what happens backstage behind the scenes in the theatre while they enjoy the travels and adventures of Tiddlywinks the brave, talented mouse and Adrian a shy, cross eyed, bullied boy.

This semi-autobiographical fantasy story is based on the early days of the Stratford Shakespeare Festival Theatre of Canada and John Hayes’ own childhood as the son of a famous British actor. This children's novel started out as a bedtime novel for the author's children.
'The Stratford Adventure of Adrian and Tiddlywinks" will teach your young reader about what actually happens behind the scenes backstage in every theatre. It has been used in performing arts schools for children as part of their curriculum.
​
Children will have fun learning about the challenges of theatre life as they follow the adventures of two aspiring actors - a shy boy, Adrian and an amazing brave mouse, Tiddlywinks who both act on the stage of the Stratford Shakespeare Festival Theatre of Canada.
Written by one of the original 1953 company members at the Stratford Festival, the author uses historically accurate fictional characters to create the directors, actors, and designers in this skillfully written children chapter book.

Review:
"This was a fun book about a boy and a mouse, and their adventures in the theater. The characters are well rounded and engaging, and I believe kids would relate to them well.  I recommend it!" 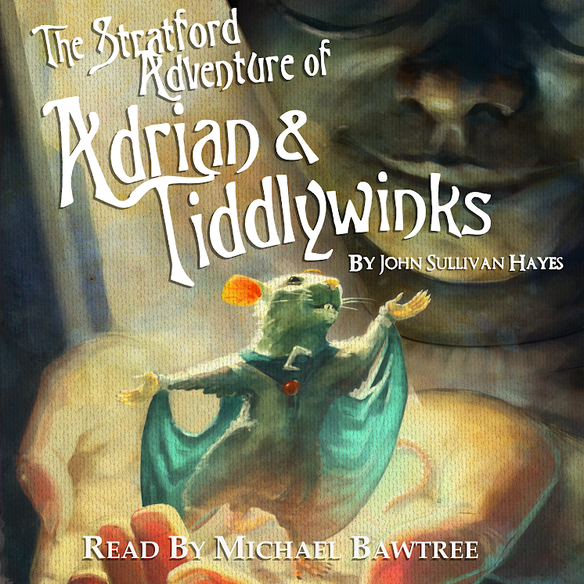 the Stratford Adventure of Adrian & Tiddlywinks is for sale at the Stratford Festival Gift Shop, Fanfare Books and Fundamentals Books & Toys in Stratford Ontario, Canada.
​​